Doug Rauch, former president of Trader Joe’s, believes that for any organization, there is one question that is most important for them to answer: “Why do we exist?” 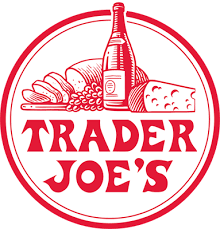 “Who would miss you if you disappeared? If the answer is no one, then you have a business model problem,” Rauch told attendees of the 2017 Convenience Store News Foodservice Summit, held April 18-20 in Napa, in partnership with Tyson Convenience.

Rauch served as the closing guest speaker for the sixth-annual Foodservice Summit, which provided convenience foodservice executives from around the country with a culinary tour de force of the latest food and beverage trends sweeping the nation.

In his presentation discussing how to build a brand, Rauch shared the backstory of Trader Joe’s, which actually got its start in Southern California as a convenience store chain; a “knockoff of 7-Eleven,” he recalled. 7-Eleven was operating only in Texas at the time.

Through this experience, he learned to be a master of innovation.

“You innovate or you die,” Rauch told the retailers at the Foodservice Summit. “The marketplace is continuously changing. There’s continuous disruption. … It’s critical that together you and your team are thinking, ‘What are we doing better today than we were yesterday?’”

When it comes to innovation, Rauch said there are three benchmarks:

Many steps were taken in “reinventing Trader Joe’s” from a c-store chain into its current model. Two major areas of reinvention, though, were buying philosophy and customer experience.

On the buying side, Trader Joe’s started actively buying rather than passively; began buying direct; limited its SKUs; and redefined value to mean high quality, low price. On the customer experience side, the company began telling its story with humor; employing an artist in every store to create unique, playful signage; and doing in-store product demonstrations.

“This isn’t about selling product. It’s about serving human beings. Caring about your customers like they’re your honored guests; like you’ve invited them into your home,” explained Rauch, who retired from Trader Joe’s in 2008 and is now CEO of Conscious Capitalism, an organization whose goal is to help produce businesses that are good, ethical, noble and heroic.

“You have to have congruence between what you say and what you do,” Rauch stressed. “If you want to be known for fresh, are you leading with that in your ads? Are you communicating that to customers?” He pointed to international sandwich shop chain Pret a Manger and its brand promise of “Made Today, Gone Today” as an example of achieving congruence.

Of course, Rauch acknowledged that in any reinvention, there will be failures along the way. In fact, he said he’s learned in business to “fail on purpose.” He urged the retailers at the Foodservice Summit to experiment around their purpose, and when there are failures, to share them with the whole organization so that others in the company won’t repeat them.

“You want your failings to be meaningful. Learn from them,” he said.

By Linda Lisanti, Convenience Store News
< Back to all Blog Posts